Horizon Forbidden West is an action role-playing video game developed by Guerrilla Games and published by Sony Interactive Entertainment for the PlayStation 4. It is the sequel to the 2017 game Horizon Zero Dawn. The game was announced at Sony's PlayStation 5 reveal event in June 2020.

The game is an action role-playing game played from a third-person perspective. The player takes control of Aloy, a young female hunter, as she travels across a post-apocalyptic land ruled by robotic creatures known as Machines. The player uses a variety of weapons and tools to battle the Machines, as well as complete quests and side objectives.

The player takes control of Aloy, a young female hunter, as she sets out on a journey to the Forbidden West, a mysterious land beyond the Horizon Zero Dawn world. The game expands on the mechanics of the first game, including the use of spears and bows to take down mechanical beasts.

The player will also be able to use Aloy's Focus, a special device that allows her to see the creatures' weaknesses, to exploit them. There will be new machines to battle, as well as new environmental hazards to overcome. The game will also feature a more open world than the first game, with the player able to traverse the landscape on foot, by mount, or by machine.

The graphics in Horizon Forbidden West are impressive. The game world is lush and vibrant, and the detail on the robotic creatures is astounding. The game's art style is beautiful, and the character models are well-detailed. Also, the game utilizes the power of the PlayStation 4 Pro to deliver 4K resolution and HDR support.

The game features more detailed environments and characters. The game's world is also more diverse, with different biomes including deserts, jungles, and mountains. The frame rate is smooth, and the game looks great on both the PlayStation 4 and PlayStation 5. The game runs smoothly, with no noticeable frame rate issues.

The game's controls are well-implemented and easy to learn. The player has a variety of weapons and tools at their disposal, and the controls for each are straightforward and easy to use. The game's camera is occasionally uncooperative, but this is not a major issue.

The game makes use of the controller, and the controls are mapped well to the buttons and triggers. The buttons are used for various actions such as jumping, sprinting, and using abilities. The game also features motion controls, which are optional but add an extra layer of immersion.

The game is highly replayable, with a large open world to explore and a variety of side objectives to complete. The game's difficulty can be adjusted to provide a greater challenge, and there are a number of secrets and collectibles to discover.

There is a lot of content to explore, and the game's open-world design encourages exploration. The game also features a New Game Plus mode, which allows the player to start the game with all of the weapons and abilities that they unlocked in their previous playthrough.

Horizon Forbidden West is an excellent sequel to Horizon Zero Dawn. The game features beautiful graphics, tight controls, and a vast open world to explore, and is well worth your time. The game is replayable and provides a great challenge for gamers. 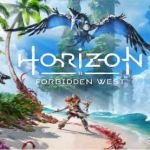