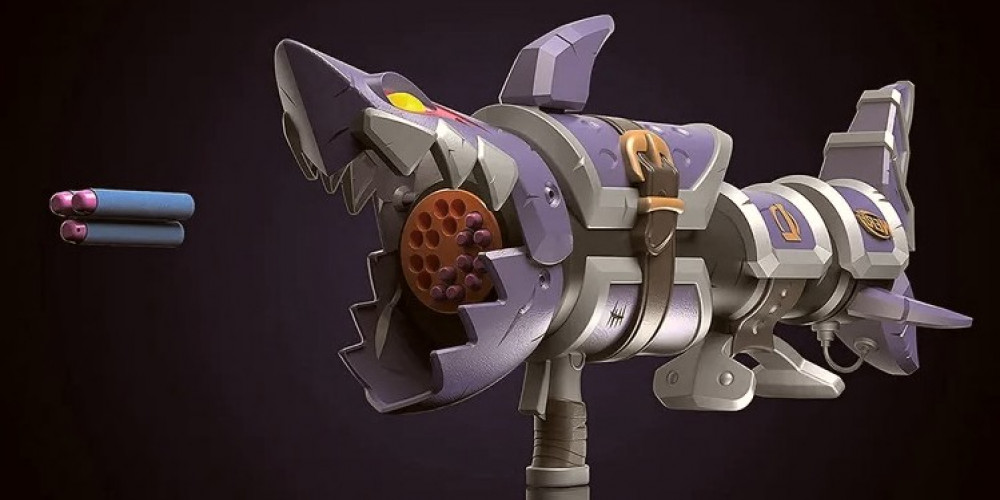 Nerf, a famous toy blaster manufacturer, announces the first model inspired by League of Legends. The blaster that opens a potential new product line is the Jinx Fishbone, copying the appearance of its in-game counterpart. The $170 model is capable of shooting three darts at a time, from its revolving barrel that holds up to 18 darts.

Nerf, owned by Hasbro since 1991, revolutionized toy blasters back in the 1980s when it introduced an incredibly detailed and playable water blaster. It manufactures dart blasters since 1992, the first model of its kind being NERF Sharpshooter, adding more and more new technologies (like cross-device syncing and aiming in the dark). Now, blasters by Nerf are valued as collectibles.

In the recent years, Nerf’s products often include licensed physical copies of weapons from video games (like Fortnite, Minecraft, or Roblox), as well as from franchises like Star Wars. Now it starts collaborating with League of Legends, and Jinx Fishbone is probably just the beginning.

As for the price, it’s… hmm… hefty. The new blaster by Nerf will sell for $170 – a serious jump from Fortnite-themed weapons that sold for about $50. To justify the price, the company emphasizes that it’s a cosplay-grade model, made with incredible attention to the slightest details. And it’s big: Jinx Fishbone is three feet long (though Nerf has bigger models as well, like The Judge, released in 2017). As for extra features like light, sounds, or.

The blaster will be available on December 1. You can already preorder it on Amazon or Hasbro Pulse. Or, unless you already know who to present it to on Christmas, you can wait until the price drops: it often happens to models like this that the market defines as overpriced. It has already happened to some products by Nerf.

How do you like this model? If you are a LoL fan, would you have this one on a stand in your gaming room? Or do you think the toys are made for playing? Share your impressions with us in the comments!